A+ asd
Teach your child with autism basic skills
Menu

Autism potty training is most effective when we work with our children’s autism and not against it. We can help our kids learn while they barely notice their habits are changing.

This method came to mind only after I had tried every technique that I could find. Nothing else worked, and my son was getting older.

He was almost a teenager, so I wondered, “Is he ever going to be potty-trained? Will he be wearing pull-ups as an adult?”

If that’s you too, then let me give you a couple of hints that might help you get started. 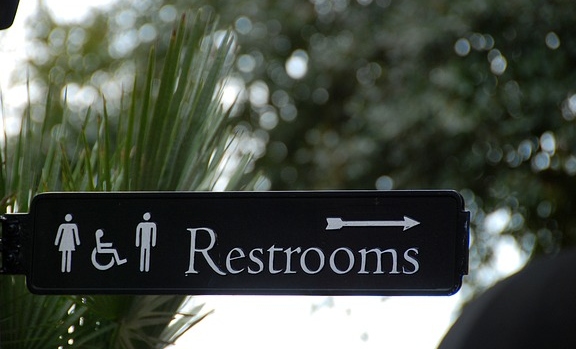 There's so much information I need to share about autism potty training that I have started a book about it. I hope to publish it soon, but I don't know how soon that will be.

In the meantime, I'll give you a summary of what worked for us and some tips to get you going.

Because if you have a child who needs to be trained, you probably want to start as soon as possible. You may feel you don't have time to wait for a book to be published.

And who knows? The information on this page may be enough for you to completely train your child!

Have you ever seen sales pitches that promise unrealistic results? I saw one that claimed that if you bought their program you could potty train a child with autism in one week.

The sales pitch used fear tactics as well, claiming that if a child isn't potty trained by age five that he or she will lose bladder control.

While I haven't investigated the one-week claim extensively, I would beware of it.

I did, however, research the loss-of-bladder-control claim and found no evidence for it whatsoever.

Remember--there are a slew of marketers who stand to gain financially by making unverified claims and unrealistic promises--all at the expense of people who are in desperate need of solutions.

It's true that potty training a regular child can be relatively easy if done correctly.

But remember that most children with autism, by their very nature, will have a hard time accepting change in their habits and routines. This process will take some time.

I understand that may be disappointing for those of us who have children with autism.

Facing this reality will also help to protect us from being conned by the lowlifes AND from setting unrealistic expectations that can cause undue stress for our kids.

I plan to say more on this subject in an upcoming article.

Tips to Get You Started

As you know, kids with autism usually don’t like change, especially the kind of drastic change required to start using the toilet instead of a diaper.

So the best way to train them, in my opinion, is to move through each step so gradually that it doesn’t seem like much change at all.

At first, my son wouldn’t even sit on the toilet. So I pushed his bottom down on the toilet for a split second, and then let him get up.

In response, we practically threw a party for him, praising him for sitting on the toilet. And I immediately gave him a piece of candy as a reward, even though he had not chosen to sit there. (Back then, candy was a "legal" option in his diet.)

From there, I gradually introduced each new step, and stayed at that level for a while to allow him to get used to it.

For example, when he was ready to start learning to actually use the toilet, I put him in regular underwear, but only for one to five minutes each day. Then I watched him carefully during those five minutes while staying close to the restroom. If he looked as if he had to go, I brought him to the bathroom as quickly as possible.

We continued that for about a week or two. Then I gradually increased his time until he was spending all day in underwear. 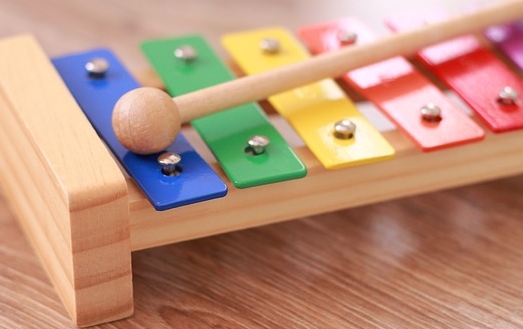 Giving children time to play with a favorite toy can be an effective reward.

Reward Your Child For Her Efforts

As I mentioned earlier, I gave my son a reward the first time he sat on the toilet.

Especially since this is a new and unusual (it would seem unusual to the child) habit to learn, giving your child a reward for each good effort, along with plenty of praise, will help a lot.

Once sitting on the toilet was normal for him, I gave him a reward only for eliminating in the toilet. Eventually, he had to make it to the bathroom without an accident to get the prize.

When he became used to using the bathroom and was almost completely trained, it was time to begin fading or reducing the rewards. To learn about fading rewards, click or touch here.

For a list of possible rewards for your child, see this article.

If You Keep Going, You Will Get There

I'm not going to tell you that autism potty training is quick and easy. It will probably take a year or two, and it requires taking the next step or doing the same thing every day.

Since we're dealing with autism, the principle is this:  improvement needs to happen so gradually that our children don't notice much if any change in their habits or routines.

It may not seem at first that you're making a lot of progress. But I can tell you that all those weeks and months of bringing your child to the bathroom every day will add up.

Before you know it, that time will have passed, and he will be trained!

Being consistent every day is key.

As Benjamin Franklin said, "Energy and persistence conquer all things."

2. Autistic Behavior: How to Cope With and Possibly Correct It

3. How to Cope With Hyperfocus and Even Help Your Child Benefit

4. What is Sensory Processing Disorder?

Have your say about what you just read! Leave me a comment in the box below.

We are the same company with the same commitment to giving you the ideas and techniques you need to help your child learn and succeed.